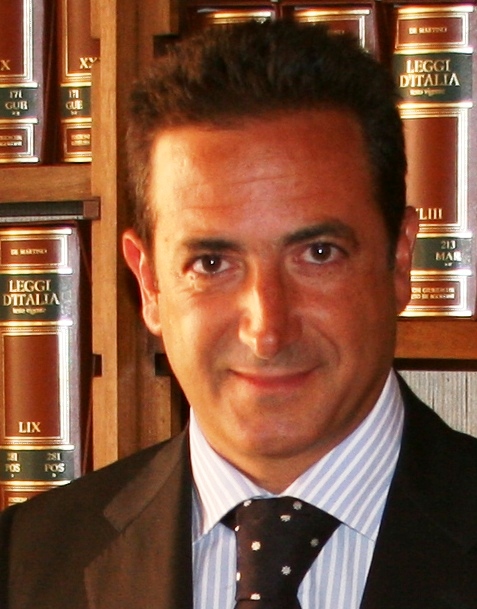 Attorney Gianluca Sposato, born in 1969, obtained his law degree at the University of Rome "La Sapienza" in the academic year 92/93. He has been qualified as a lawyer since 1997 and has practiced as senior counsel before the higher courts since 2009.

Gianluca is best known for obtaining convictions against insurance companies even beyond policy limits and for rigorously defending the victim in personal injury claims for damages suffered. In 2004, he founded ADISM (the Association of Defense) for road traffic injuries and medical malpractice, which has received recognition from the Presidency of the Council of Ministers. Gianluca was recognized for his effective contribution to protecting those injured in road accidents.

Gianluca’s technical capacity and practical skills in solving even the most intricate cases has also been recognized by numerous politicians, entertainment lawyers as well as the ISLE (Institute for Legislative Studies and Documentation) under the Patronage of the President of the Republic and the INPDAP (National Institute of Public Administration Employees) that gives pension funds to public administration professionals.

In 2008 he founded and became the president of Associazione Custodi Giudiziari, the Association of Judicial Custody, that organizes and manages the promotion, education and training of members and professionals with an interest in real property executions. Nowadays he is Honorary President of ACG.

Gianluca is a professional mediator and arbitrator for CONSOB.

From 2008 till 2014, Gianluca has become well known for his articles on bankruptcy sale, for the nationwide publication "Il Messaggero" He is the author of over one hundred publications on executions against
real property, opposition to the execution, the execution proceedings and bankruptcy. He is also the author of numerous publications in major national newspapers, including "Il Sole 24 Ore", "Italia Oggi" and "Rassegna Parlamentare".

This website uses cookies to improve your experience while you navigate through the website. Out of these, the cookies that are categorized as necessary are stored on your browser as they are essential for the working of basic functionalities of the website. We also use third-party cookies that help us analyze and understand how you use this website. These cookies will be stored in your browser only with your consent. You also have the option to opt-out of these cookies. But opting out of some of these cookies may affect your browsing experience.
Necessary Always Enabled

Any cookies that may not be particularly necessary for the website to function and is used specifically to collect user personal data via analytics, ads, other embedded contents are termed as non-necessary cookies. It is mandatory to procure user consent prior to running these cookies on your website.